A Place in Gramps generally refers to where an event occurred. This is different to an Address (see for example Why residence event and not Address?). The Places View lists all the places in your Gramps database, and is a handy spot to make sure your places are named consistently. 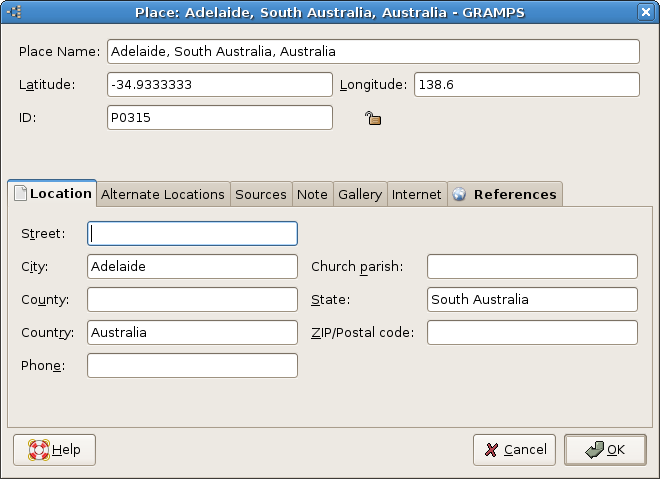 The developers have indicated that they believe the handling of places in Gramps could be improved, but as the current system is adequate and there many higher priority tasks, a reworking of the places in GRAMPS is not likely to happen for some time. Also, see GEPS006 Better Place handling.