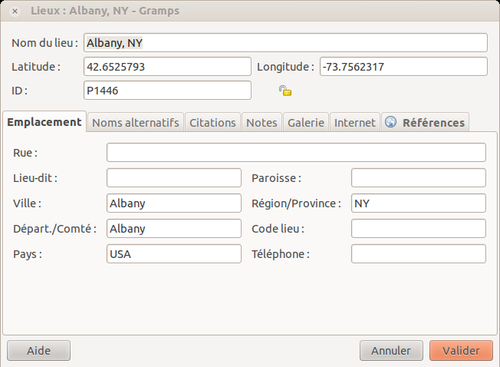 The developers have indicated that they believe the handling of places in Gramps could be improved, but as the current system is adequate and there many higher priority tasks, a reworking of the places in Gramps is not likely to happen for some time. Also, see GEPS006 Better Place handling.