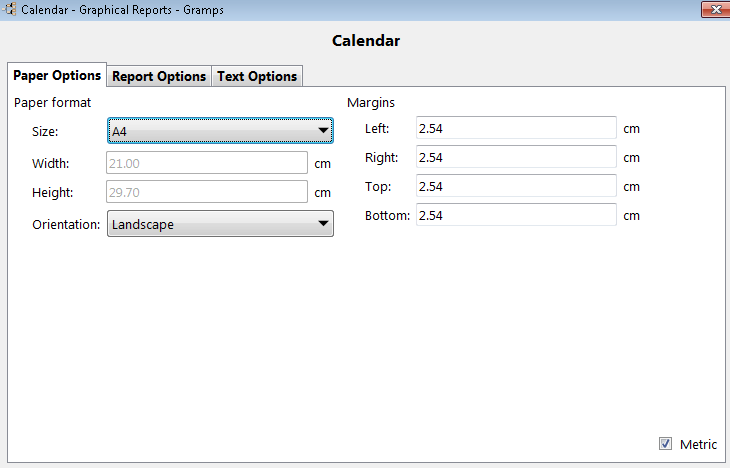 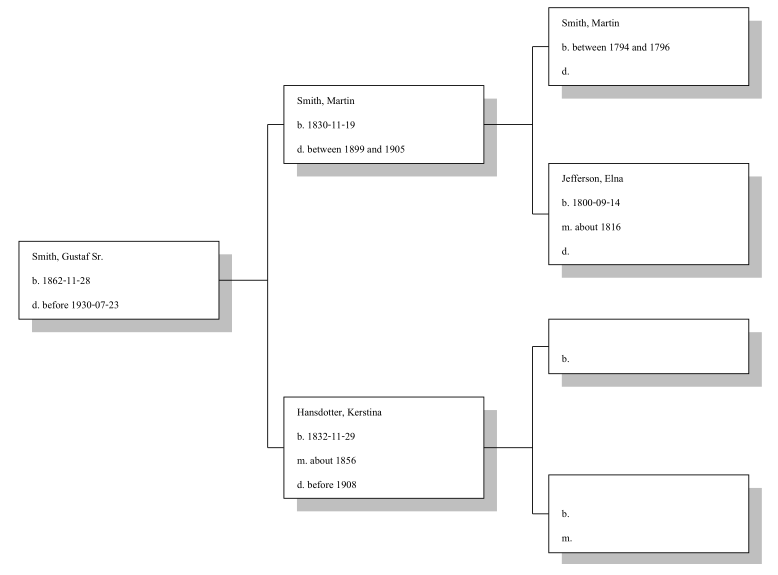 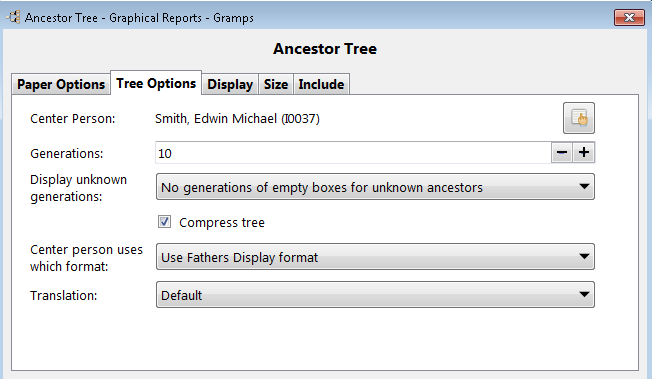 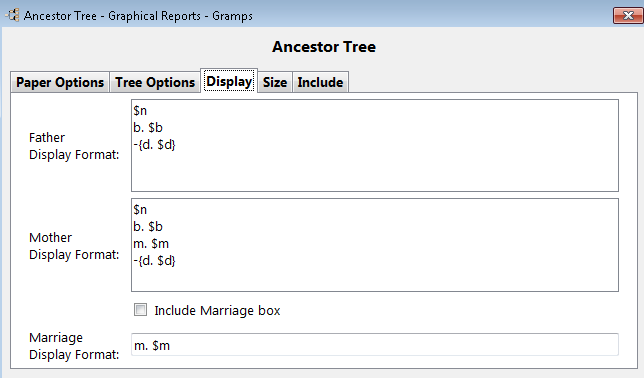 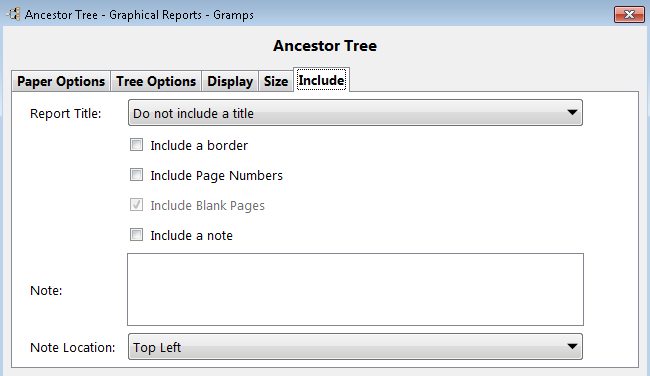 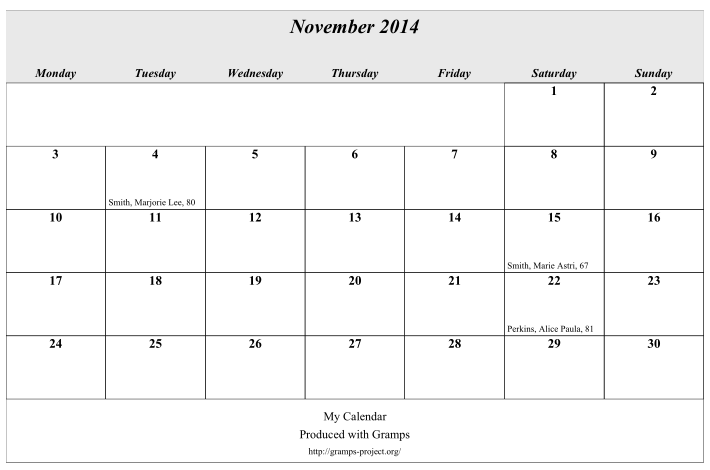 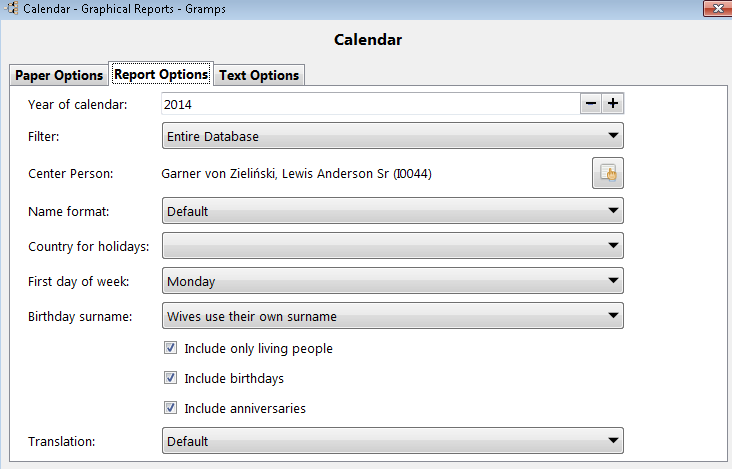 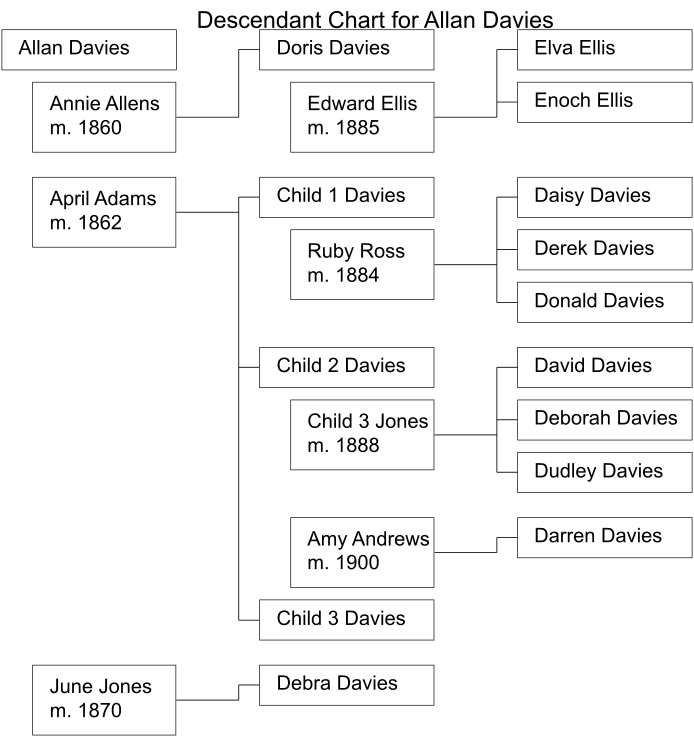 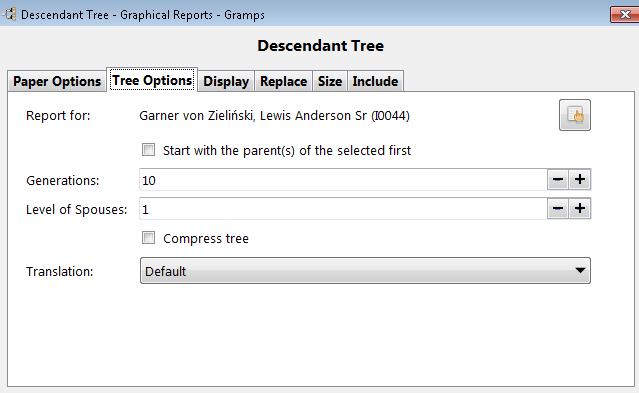 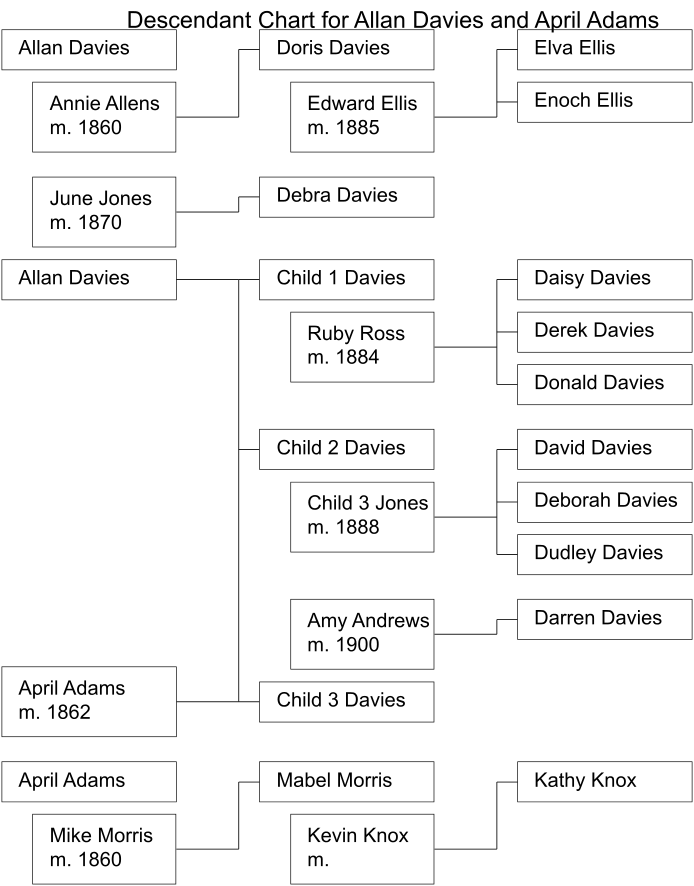 Example 1 was obtained by selecting Allan Davies as the starting person and then running the report without this box ticked. The differences between the two examples are: 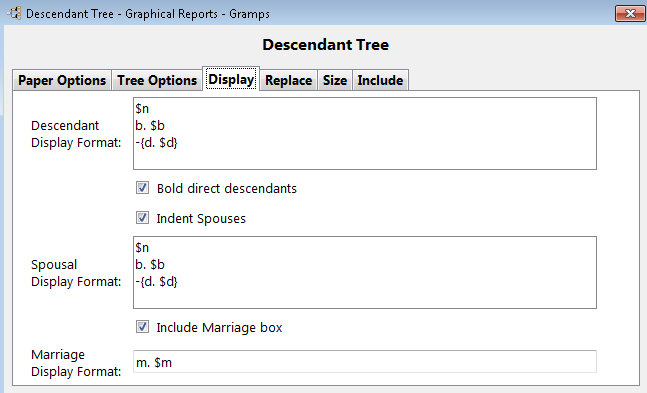 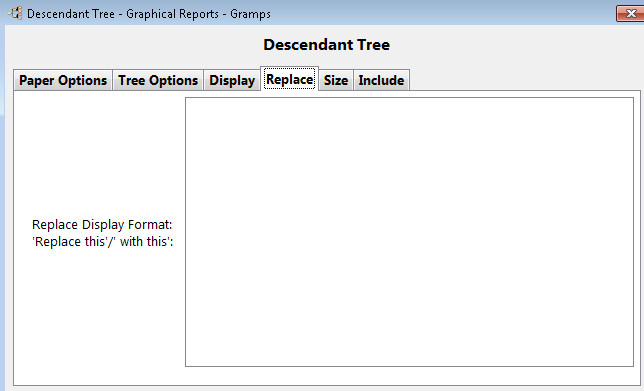 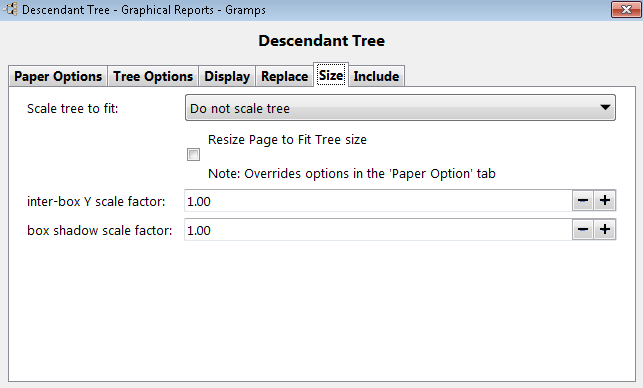 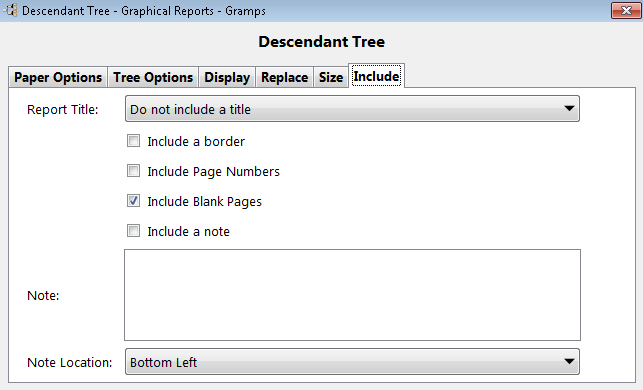 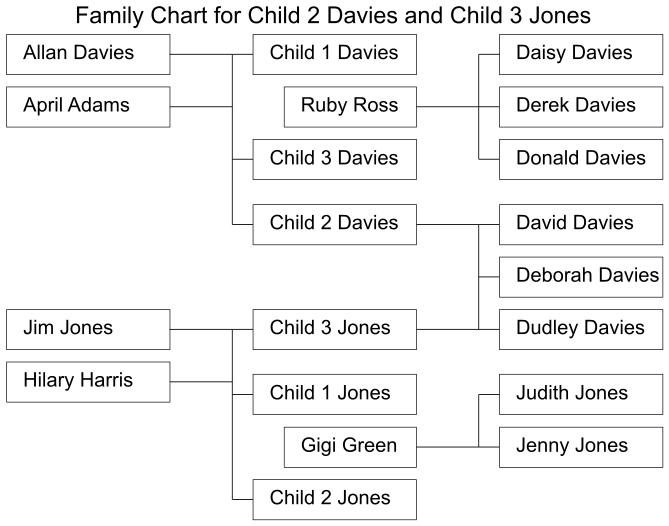 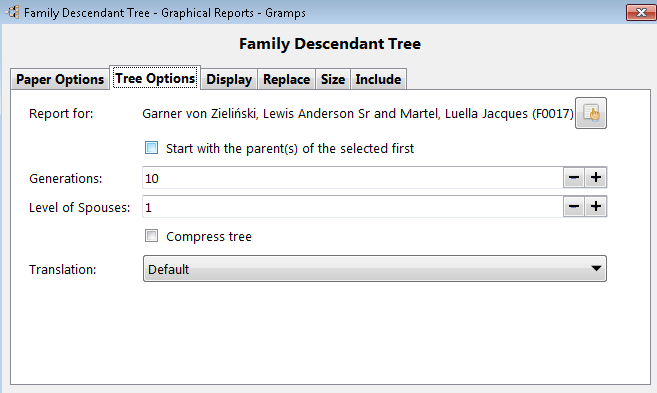 If this box is not ticked, the report is the same as the descendant tree report, except that the number of generations is increased by one, "compress tree" is ignored for the first generation, and you get an extra option for the chart title. 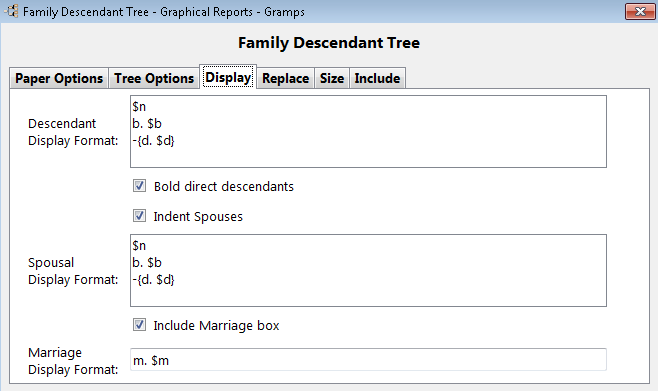 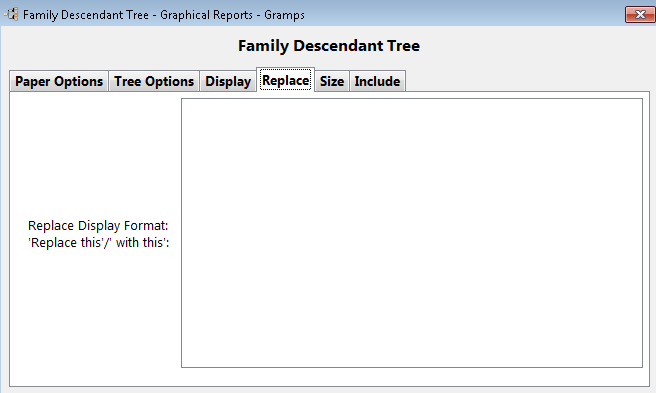 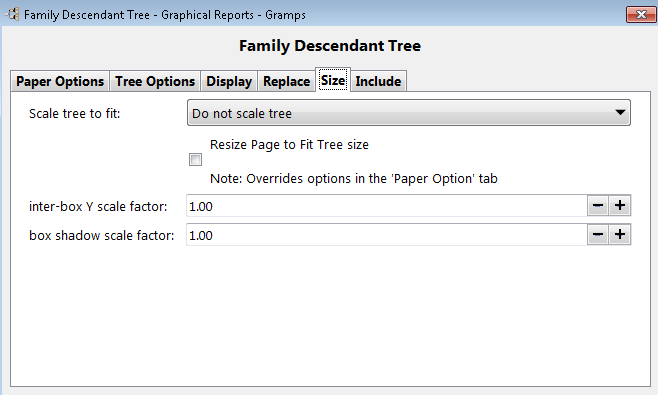 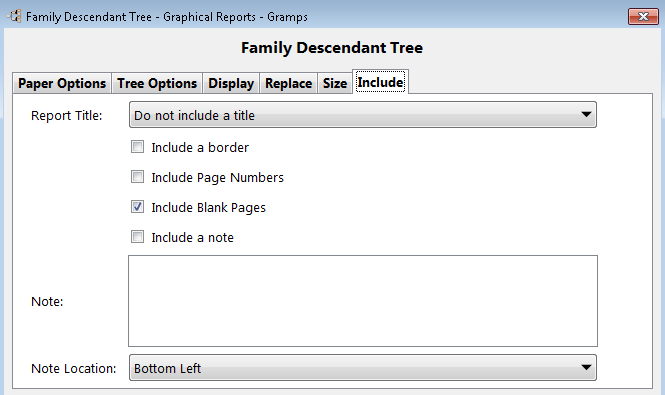 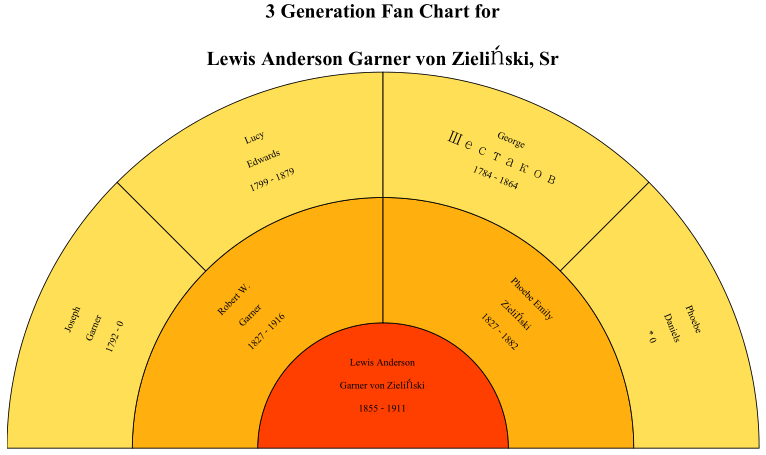 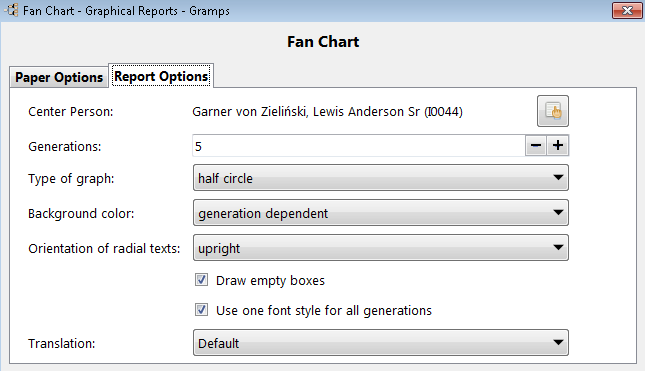 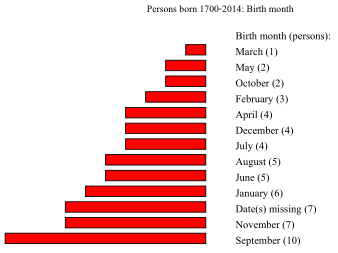 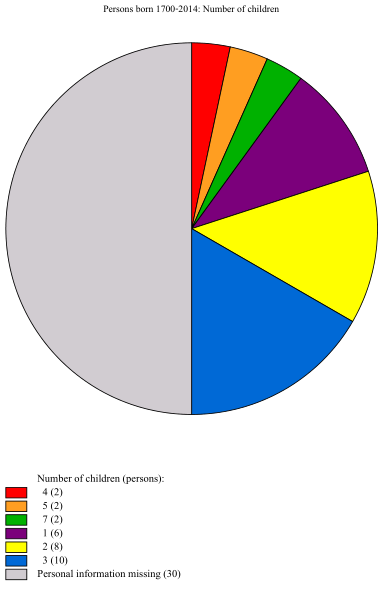 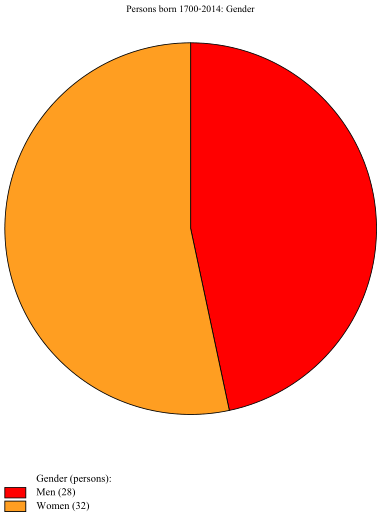 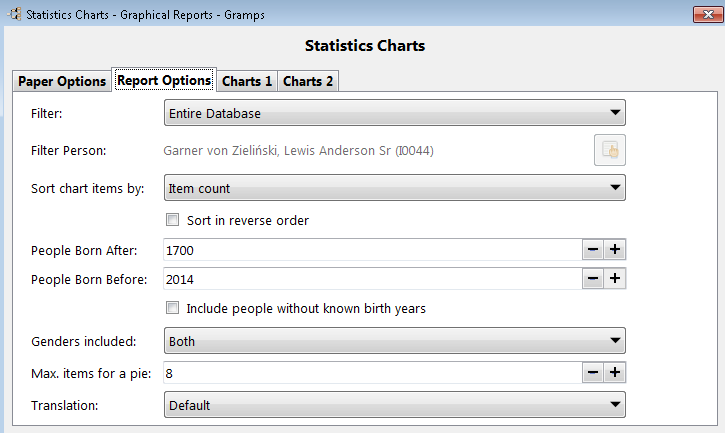 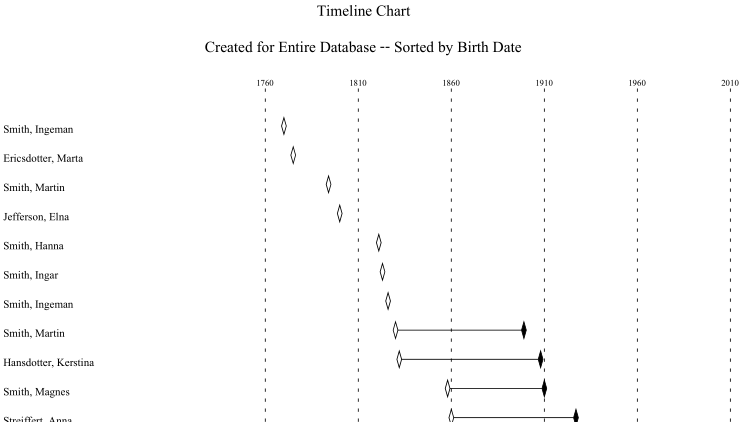