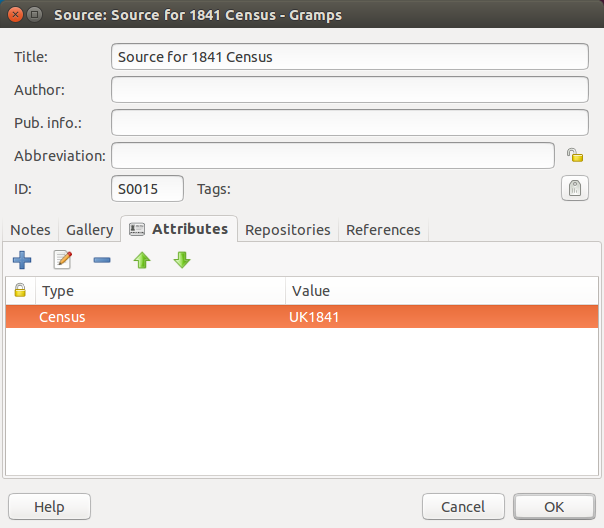 The first thing to enter is the census source. This is selected from a drop-down list at the top of the editor.

Once the source has been selected the census date is populated automatically.

Next a source reference can be entered. This should comprise of one or more references that uniquely identify the census entry. In the case of a UK census you will need to enter the PRO reference, Piece, Folio and Page.

A place can be selected in the usual Gramps manner.