Difference between revisions of "Addon:MediaMerge" 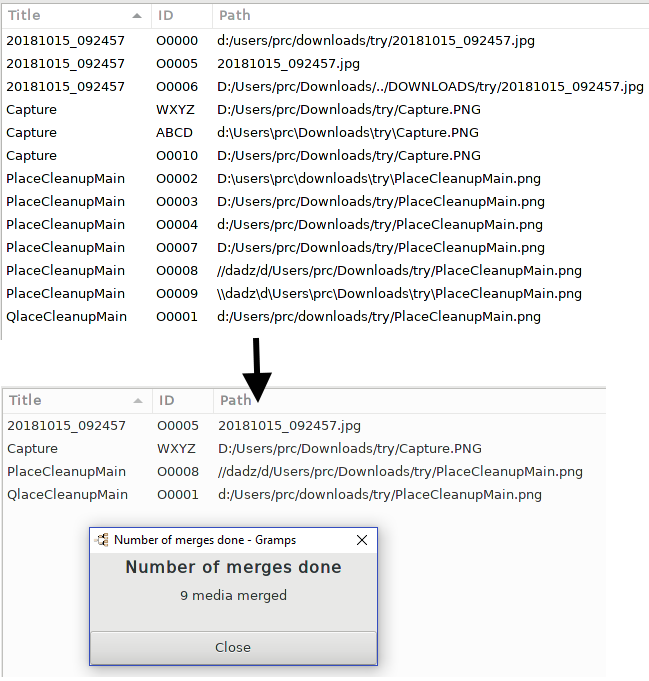 The Tools ->Family Tree Processing -> Merge Media tool searches your database for media file entries that are pointing to the same actual file. This can occur with certain import types, and can occur if the user adds the same media more than once. When found, they are merged together.

The addon compares all the media 'pathname' values, converting them internally to a common format for comparison.

For all users paths that are relative (using Edit -> Preferences -> Base path for relative media paths) are also compared to absolute paths or paths relative to your home directory.

For all users, paths that contain "../" forms are also properly collapsed during the comparison.

All of the above allows the addon to find variations that actually point to the same file.

The addon will NOT find variations that include 'links'.

The addon will NOT find 'UNC' style paths that have been assigned to drive letters (Windows users). For example, if "\\MyPC\d" is assigned to the drive letter "D:", and files are entered each way, they will not be matched and merged.

When merges are done, the media with the shortest pathname is kept. If pathnames have equal length, then the one with the lowest 'ID' is kept.