The family name is the part of the name that remains the same from parent (father) to child.

In the person view, people are sorted based on this family name. In the case of cultures which do not use family names, one can use the grouping feature in the Name editor to design a name under which to group people from the same family (eg, the patronymic). 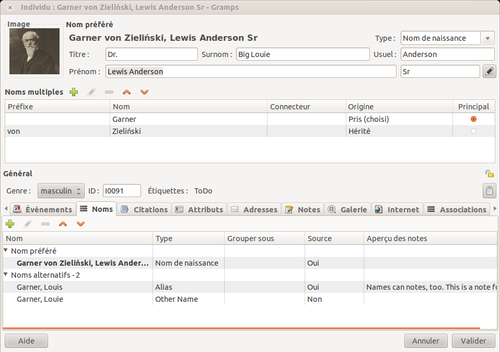