Fonts are a big variable in computers. Since everyone has different opinion about what is a best and most readable typeface, there are thousands of font families available for installation with various operating system.

Some rows in table view are blank or invisible

If the record has any Tags, the text of the row will inherit the color of the highest priority Tag. If that Tag color is the same as the background color of the view, the text will become invisible.

Change the color of all Tags in the Organize Tags to contrast with the view background color.

Fonts in a report are too small for the printout

Fonts in the GUI are too small for my eyesight

The Themes Addon for Preferences can be installed to change the base text size used throughout the Gramps interface.

Font in the GUI is ugly

The Themes Addon for Preferences can be installed to change the font family used throughout the Gramps interface.

The genealogical glyphs are not intuitive

If you do not like the glyphs selected for birth, death, gender; then the selected Genealogical Symbols can be customized.

Text can appear blurry/fuzzy if the system has to re-scale for the display. This is more likely if you have the Themes addon installed and then specified a typeface and font size.

The OS (computer operating system) interpolates this typeface and size setting in combination: with your screen resolution; and, the OS accessibility controls for font scaling. The interpolation might require too much difference from the nearest point size that would would most closely fit inside the number of pixels allotted. When the scaling is pushed beyond these manageable limits, text can appear blurry.

If the outlines of dialogs and controls appear sharp but text is blurry, you should change one of the contributing factors: the fonts size in Gramps Themes preferences, the screen resolution, or the OS Accessibility font scaling. Do NOT change more than one setting before checking the results. If that changing that contributing factor does not help, revert it to the previous setting before adjusting the next factor.

If you are using an infinitely scalable don't (such as .ttf - TrueType or ClearType), you may need to re-calibrate for your screen resolution.

In Windows, there is a ClearType calibration you can do from the Fonts control panel. It is a calibration that is more visible when more modern drivers are used. There are a series of optometrist-styled eye examination questions (better on 1? Or 2?)

As a last resort in Windows, the default is for the OS to control the scaling of fonts to suit the display resolution. There is an option to let the application take direct control instead. 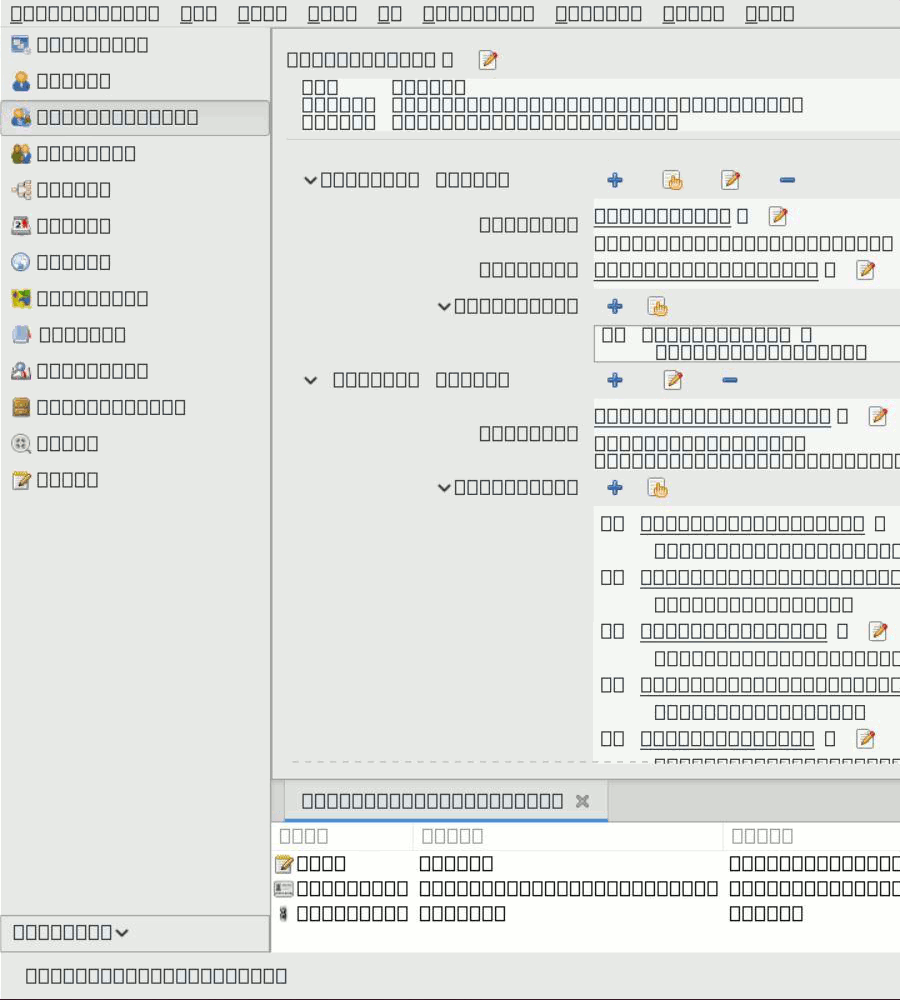 Unicode calls the phenomenon (of a placeholder open/black rectangle "" or REPLACEMENT CHARACTER "�" being rendered instead of the actual strokes of a letter) a replacement glyph. It also known as a missing glyph.

The first step is a full shutdown and restart. Give the OS the opportunity to re-load the font collections.

You might also try going to the Gramps install directory (for Windows, this is "C:\Program Files\GrampsAIO64-5.1.4") and running "fc-cache.exe -fv" from the command line. This command should re-establish the font cache. A large number of Replacement Glyphs indicates that a recent update has likely messed up fonts in some way.

As an alternative to using the Command Line utility, re-install Gramps... which will do the same thing but also do broader resets.